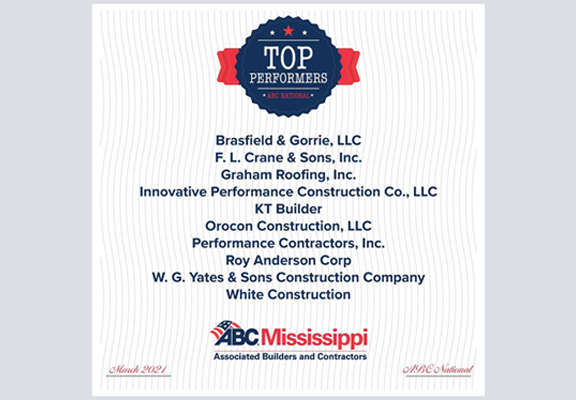 Graham Roofing has had the pleasure of being nominated as an ABC National Top Performer in the Top 50 with Special Designations category! We received recognition along with 9 other ABC Mississippi Chapter members in other categories.

ABC Top Performer recognizes ABC members who excel in safety, quality, diversity and project excellence ranked according to work hours, but with special designations identified. Thank you ABC for recognizing Graham Roofing as a Top Performer!

Way to go Graham Roofing TEAM on this achievement!

To see the other winners for this year – CLICK HERE!